The Movement, by Myles Carter

A WORD FOR OUR BLACK & LATINO COMMUNITIES TO LEARN — “PLACATE”

“To appease or pacify, especially by concessions or conciliatory gestures; make (someone) less angry or hostile.”

This is what is done to the Black community on a consistent basis. Examples…

-Painting Black Lives Matter (BLM) on the street where people walk, pass by, or drive by. I feel some type of sense about this. I like the art, but still…

-Naming a street near the White House BLM Plaza. You are really acting like every President before TRUMP was not against the Black community…

-New York State Governor Cuomo deeming it (NOW) “illegal” for Law Enforcement to strangle suspects. I mean, really? He had to put that on paper to say it is wrong.

-Knocking down Confederate statues, meanwhile their names are still on the sides of prestigious buildings and streets, and slave owners are on our currency. I’m for destroying them, unlike those towns who used city workers (taxpayer money) to “safely” remove their statues into storage…

Having THOUSANDS of people (from other races) across AMERIKA, and around the world, including political officials and the rich, walk with you, hold up colorful signs, and sing very questionable mantras, but even with all those people together (minus a handful of individuals), it won’t put a single penny towards financing our ‘economic independence’; let alone treat us equal, gives us equity, stop gentrifying our communities, and end the colonization in our homeland that has existed for generations, and is getting even worse today. I mean independence, and not another community center that will go underfunded, not college grants, and not telling us how we should vote.

I just do not understand why it is so easy to deceive our people with such empty platitudes and gestures with NO real tangible solutions. We have some serious work to do!

About Nate Wright: Born and raised on Buffalo’s East Side, always a critical thinker, and has a passion for helping others. He is the Co-Chairperson of the Erie County Green Party.

FOR THOSE STUCK AT HOME DURING A GLOBAL PANDEMIC

I’m sorry you’re stuck at home, homeschooling your kids and they are driving you crazy! I’m sorry you’re trying to work from home, with kids yelling, your spouse annoying you, constant distractions and no copier!

I’m sorry you’re stuck at home, your business is closed, you’re not making money, are afraid you will lose everything. I’m sorry you can’t go to work; you can’t make money and are fearful that you can’t pay your bills or buy food.

I’m sorry you can’t walk across the stage for your graduation, go to that concert, enjoy spring break, the vacation you planned or to the bars. I’m sorry that you are bored, that you’re lonely, that you are anxious and that you don’t have the food and supplies you need because the stores are bare from people hoarding in fear.

I’m sorry you’re stuck at home, and I understand that it sucks! But there is something I need you to please think about. You are stuck at home, but you are safe and with your family, and know that they are safe too. You can hug and kiss your children and the people you love. You can go on your porch, yard, park, grocery store, take a walk, go for a bike ride or order curbside pick-up when you get cabin fever.

I’m sorry you’re stuck at home, but I need you to understand, that there are so many people that wish they were stuck at home, because they are not. They must go to work every day and spend eight hours in fear. They fear their clients or coworker may infect them. They fear that someone may cough on them or they may touch the wrong thing. They fear that the sore throat, cough, headache, exhaustion or stuffy nose they’re feeling could mean that they are infected.

But they are “Essential Workers” who understand that if they don’t show up to work, people die. They are people like my amazing staff, who showed up Monday and when asked if they were willing to fight to save as many lives as possible, they stepped up! The type of people who’d go out to every store they can in the middle of a pandemic, scavenge all the food and supplies they can, bag them up and deliver them to the most vulnerable people in the city and would not go home until the last delivery was made. The kind of people who, for however long it takes, are willing to live without seeing their parents, children, friends and loved ones, who go right home after work and do not leave their homes because they know that they’ve had so many contacts with others, it is not safe.  They are grocery store and retail workers who interact with hundreds of people per day. They are postal workers, police officers, social workers, behavioral health providers, truck and bus drivers. They are homeless services providers like my amazing colleagues who are trying to protect a group of people who have no home to isolate in or who are in shelters where one sick person can affect them all. They are healthcare workers, doctors and nurses who are treating the sick and putting their lives on the line for 18 hours a day.

I’m sorry you’re stuck at home, but please understand that there is nothing we wouldn’t do, if we, our staffs, colleagues, friends, family and loved ones who are “Essential Workers”, could be stuck at home like you, so we could be safe too.  So, while you are stuck at home, keep your butts at home and take a moment to put yourself in our shoes. Then pick your hands up, and think of us, and say a prayer or two.

FAITH GIVES US THE STRENGTH 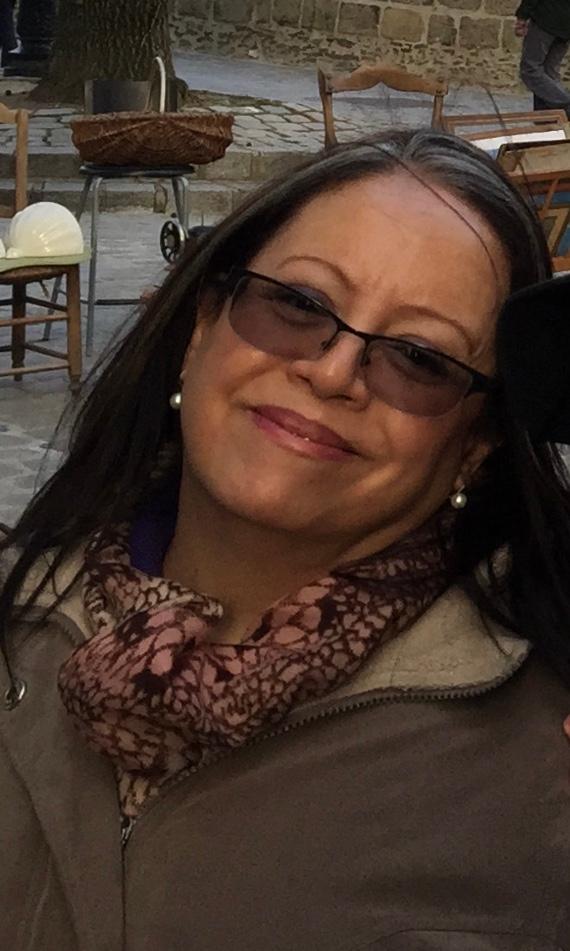 On a day in September 2015, I was in my office, meeting with a counselee, when I received a phone call. It was from the doctor who gave me the news- “You have cancer.” It was as if time stood still. “I have cancer!” – “Yes […] you have to contact the surgeon for surgery.” When my student heard the news, she was stagnant. I do not know which one of the two of us was more in shock. Nervous, I shared the news with my colleagues. I was not prepared for it.  Yet, I was not alone. Three of my four siblings also have had cancer. At that point, I did not say “why me”? I said- “why not me”? After all, I was not an exception. I thought if others have it, I can have it, too. I identified with my siblings (breast, kidney and bone marrow cancer) and several close friends of my faith who have and have died of cancer –Puerto Ricans like me, who had to confront that reality including Axel, the youngest, who lost his battle on August 5th but there are three of us left.

Biopsies, sonograms, painful exams, MRI’s, and blood tests confirmed the diagnosis. I thought, Relax!  My daughter, who was working in France, took it harder. She transferred back to her company in Buffalo to assist me during the process of surgery and treatment. I am a survivor for four years, having the support of my family and friends. My siblings and I talk, check on and support each other in our own crisis. Thanks to the medical staff that takes care of us in Puerto Rico and in Buffalo, we are still standing. And, if our mission in life is shortened, our faith gives us the strength that we need.

Something that cancer did to me was instill the courage to fight back. I decided to continue my doctorate studies and while taking the last course, I was receiving radiation therapy. Dr. Donald Grinde, my professor and Chair of my dissertation committee and its members, my classmates and Karen Reinhard in Transnational Studies at UB, encouraged and supported me through my struggle.

A key element during all this process is my faith. As Christians, my family and I embrace our reliance in our God, Jehovah, and the hope of resurrection. Therefore, we look at the future and death from a different perspective; we celebrate life [Job:14:14, John 5:28,29; Acts 24:15].

Thank you to those by my side during this whole experience, the support of my faith’s brothers/sisters, too many to mention, Dr.  Mervin Román Capeles and Priscila Del Moral, M.S.

Note: Evelyn has a BA in Sociology (University of Puerto Rico), MA in American Studies (UB), and she is currently a Ph.D. Candidate in Transnational Studies (Indigenous Studies) at UB. She is well-know figure in the local Puerto Rican/Latino community —  engaged in various community organizations.