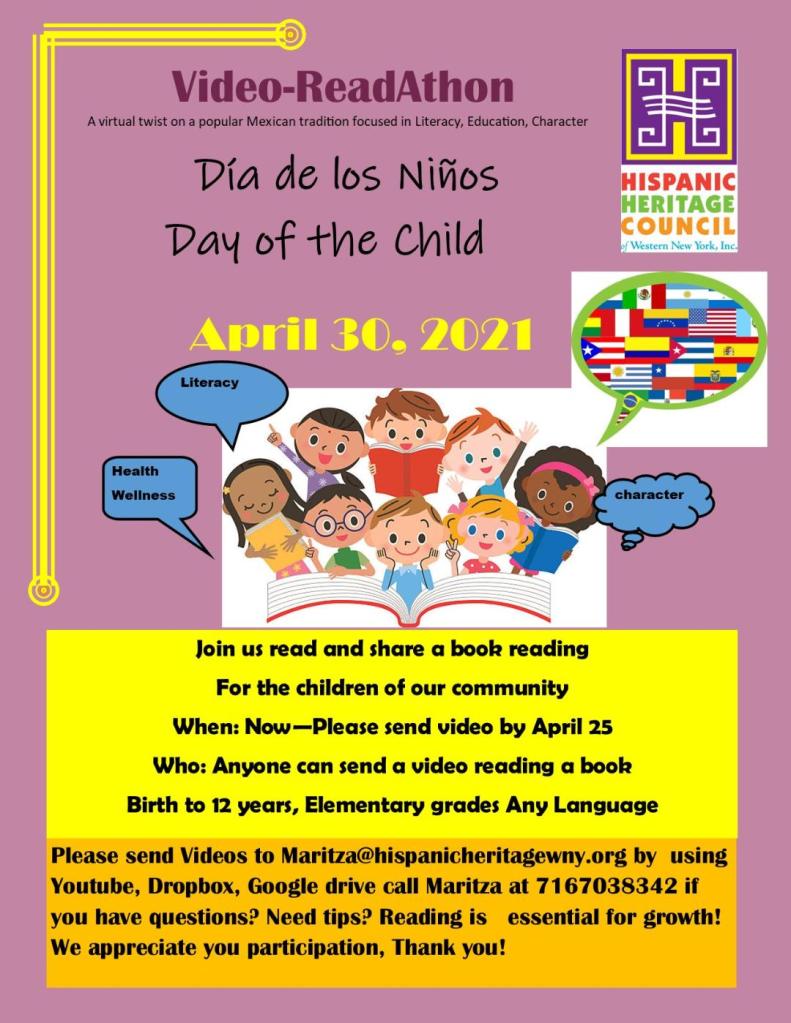 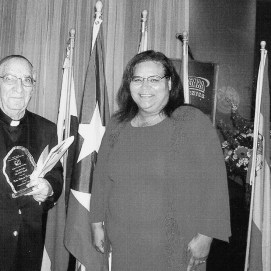 THE FAITH THAT SHAPED THE PUERTO RICAN/LATINO COMMUNITY

If we were to write the history of Puerto Ricans/Latinos in Buffalo & Western New York we would be remise not to mention one of the faith leaders that helped shape a community that we know today.  The decade of the 50s was an era of great opportunity for Latino families that came to Western New York to work in farms, factories, rail, and steel yards in search of a better opportunity. Western New York was a place of promise for a bright future for many families settled here. Most of these families came from Mexico, Puerto Rico, and Latin America.

It was 1958 when Father Lucio Antonio Rodriguez arrived in Western New York to work with the growing Spanish Apostolate. He was commissioned by the Catholic Diocese of Buffalo to identify where Latinos lived and worked; he used the public telephone directory to identify families by their Spanish surnames. This led him to create a means of outreach he would need to better serve this growing Puerto Rican/Latino community-spiritually, socially, educationally, and economically.

When he first arrived, there was limited means of communicating, informing, or educating the community thru media. He saw this as a detriment to community growth and progress, so he created “La Tilma” a publication that he personally published and would distribute to the parishioners and mailed to family homes. He would use “La Tilma” became a tool to communicate important information of new arrivals, baptisms, birthdays, and events, as well as connect essential agencies to provide needed services to this Spanish-speaking community.

Father Rodriguez was orphaned at birth, born to Francisco Rodriguez & Magdalena Labarga in Leon, Spain on October 11, 1925.  Learning from his own experience, he dedicated his life to priesthood and was ordained on June 29, 1949 in Burgos, Spain.

From his experience, he developed the compassion and heart to serve the needy and provide for the less fortunate, traits that he would later use in support of a growing Puerto Rican/Latino community he embraced in Western New York.

Known to everyone as Padre Rodriguez, he was a visionary, and he always went out of his way to push “his” community to succeed. He would use all means available to lead people in successful directions. He was passionate about family values and strongly advocated education as the only key to success.

Thanks to his guidance and counsel, many of our young people have become professionals in all walks of life: Education, law, Government, and Business, among others. He was loved and admired, not only as a spiritual leader, but as community pioneer. He was an uncompromised leader for his people with deep and strong conviction, many times misunderstood by his immediate clergy peers as well by several community leaders.

During the late 1960s, he helped secure the initial funds to build what we know now as the Puerto Rican Community Association (PRACA), an organization founded by another father of the Puerto Rican community — Pucho Olivencia.  Father Rodriguez was able to get about $14,000 to begin construction from then Bishop James A. McNulty.

During the early 1970s, when the John F. Beechers Boys Club (at 254 Virginia Street) decided to move to a new location, and the building was placed on the demolition block, it was Father Rodriguez that got them to change their mind and donate the building to the community. It was his vision that made it possible for “La Alianza Hispana”, led by community leader Antonio Castillo, to obtain the keys and begin proving social services to a community much in need of social or government services. This building later became the headquarters of the Puerto Rican-Chicano Committee (PRCC), led by Francisco Perez, their first executive director. Years later, it became the home of the Hispanic United of Buffalo (HUB), led by Raul Russi. The building is still in community control.

Padre Rodriguez was loved and respected by the community, young and old. He carried with him a spiritual and humanitarian presence. He had strong ties to PRCC, an organization founded by Puerto Rican/Latino students from UB. He worked and supported the efforts of PRCC, at the time represented by Francisco Perez, who advocated and prevented the state and federal government’s plans to build a highway that would cut directly through Virginia Street, from Edward to Niagara Street, a plan that would divide and destroy the Puerto Rican/Latino community. The plan was finally taken off the table. Father Rodriguez said to me that he prayed fervently against the plan, and God answered his prayers.

Another significant event he helped organize with PRCC was the first Virginia Street Puerto Rican Parade and Carnival. The event exhibited patriotic pride with artistic, cultural, and musical presentations as demonstrated by the number of floats marching in the parade –all with their different artistic, cultural, and political themes, including a large Puerto Rican flag which had to be carried by about 25 people. Father Rodriguez and his Immaculate Conception Church always led the procession. Thanks to Father Rodriguez, the event was always a success…as his presence, and that of his congregation, added a strong religious flavor and presence.

Later, he founded “Cursillo-De Colores”, a retreat where faith leaders and congregants alike would go and retreat to renew and strengthen their faith in Catholicism.

Father Rodriguez never looked for acknowledgement or recognition for his work. In 2009, he was selected “Hispanic of the Year” by Hispanos Unidos de Buffalo; in 2015, he was asked to honor his community by doing the invocation at the annual Hispanic Heritage Community Breakfast, where he was recognized for his over 70 years of his priesthood and community service.

When the Hispanic Heritage Council launched their Hispanic History Project to document and recognize the contributions of Latinos in western NY, it was only fitting to have Father Rodriguez as the first person to interview and document, helping HHC set the project in motion.

His legacy will live in the heart and soul of our Community. He will be remembered as a visionary mentor, one who was always on the right side of history, one who always looked to better his community by leading the best way he knew — with faith, authenticity, humility, compassion, accountability, and courage.

This article was prepared by Casimiro D. Rodriguez Sr., Founder, President Emeritus, Hispanic Heritage Council of Western New York Inc. Casimiro is also the Project Chairman of the Hispanic Heritage Cultural Institute, a place where many of the artifacts, pictures, publications, and film donated by Father Rodriguez will be on exhibit.

Esmeralda Sierra, a SUNY-Buffalo State College Masters Graduate in Public Administration in Public and Nonprofit Management has served as the Hispanic Heritage Council of Western New York, Inc. Chief Financial Officer for the past several years. She has a long history of activism in the community; VOICE-Buffalo Inc., Community Access Services, and the Near East & West Side Task Force. She was also involved as an adult advisor and teacher at Holy Cross R.C. Church, where she had held positions as president and secretary of the Parish Council.

In addition to her many community activities, Esmeralda is a member of various professional organizations. She was chair of the Cultural Competency Workgroup for the Health Equity Coalition for P2 Collaborative of WNY Inc., Co-Chair of the public relations workgroup for the Association of Multicultural Affairs in Transplantation; a member of the Erie County Caregiver Coalition, the Community Health Workers Network, American Diabetes Association Diversity Committee, and the WNY Cancer Coalition. Ms. Sierra was a former board member of Hispanos Unidos de Buffalo and Vice-President of the Puerto Rican & Hispanic Day Parade of WNY, Inc. and Pageant Coordinator of the Miss Borinquen of WNY Leadership Program.

Maritza Vega, is a past Vice President of HHC 2018.  Kaleida Health has been her employer for the last 20 years, She is presently a Financial Counselor Bilingual Facilitated Enroller. She has been involved in many community advocacy groups, such as Immigration Reform for America, The Puerto Rican and Hispanic Day Parade of WNY, Financial Officer, Inc. Hispanic & Friends Civic Association, Inc., Treasure, Grassroots, Inc., she is currently a participating member of the Roswell Park Cancer Institute Diversity Council, SBA Small Business Administration -SCORE, Erie County Minority and Women Owned Business Enterprises MWBE advisory board, Erie County commission of the Status of Women ECCSW advisory board. Maritza is a motivated hard worker who enjoys family, heritage and has a passion for the arts, civic engagement and bike riding. She established a bicycle group Urban Bike Riders UBR in June 2015 to keep the community and family ready to move into health and wellness. She also retired as an entrepreneur owner of the VP Home Improvement Contracting LLC construction company. Her favorite quote is “Life is for living; Love is for Giving”

Felipe De Jesús Martínez, FSP, Vice President of Mission Integration at Catholic Health Systems with a Bachelor of Arts degree in Philosophy, with almost thirty years of experience in healthcare and hospital chaplaincy. Felipe began an unexpected career in healthcare because of the needs of the large population of Spanish speaking patients. As the mission leader for the Administrative Regional Training Center and for Home & Community Based Care, he has oversight of integrating the mission and values at Catholic Health for the Long Term & Home Care Facilities. His team of Chaplains provide for spiritual care needs of patients, families, and associates in various healthcare settings. He also provides support to the Bioethics Consultation process when families are facing difficult choices.

Elda Pichardo, a SUNY-Buffalo State College Masters Program Student in the field of Public Administration, an employee at Catholic Health as Nurse Assistant she volunteers for many community based organizations like Citizen Action, PUSH Buffalo, and The Belle Center. Her passion is to nurture and engage youth for leadership roles in the future.

Casimiro D. Rodriguez Sr., past president of the Hispanic Heritage Council of WNY, Inc. (HHC) will continue working with the council he founded in 2010 concentrating efforts on the new project the organization recently announced to build the first Hispanic Heritage Cultural Institute in Upstate New York in the Hispanic Heritage District on Buffalo’s Lower West Side. He said; “for me personally it has been an honor to lead this organization for the last decade with such committed and dedicated people, I am very thankful to the HHC Board for their trust and confidence in being able to serve with great pride and grace. However, all good things must come to an end, now it’s time to nurture and foster new leadership, public service is a privilege that many do not get and I am very grateful to serve a community that I love and respect.”